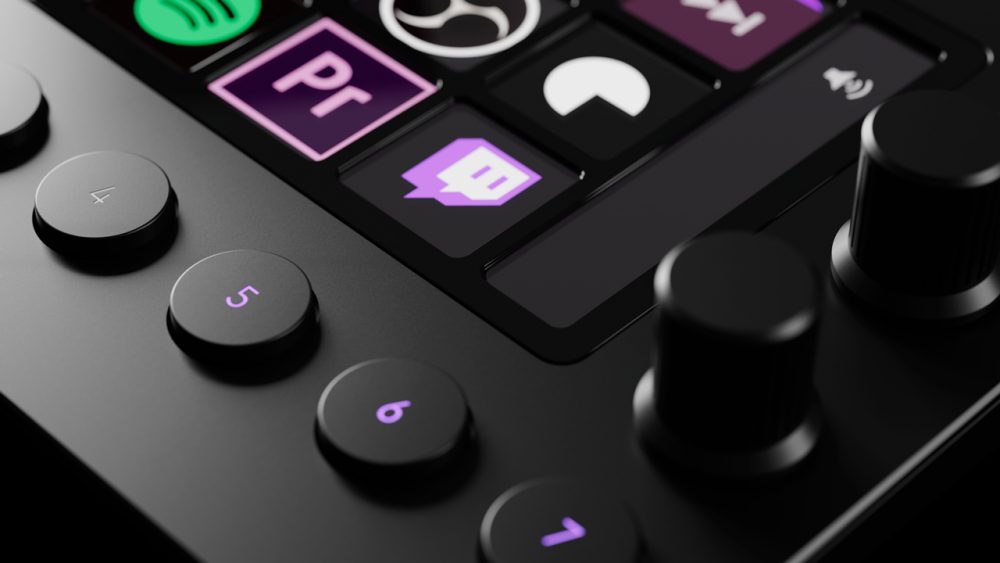 The Finnish tech-company Loupedeck is known for being the market leader in designing and building Lightroom editing consoles to help content creators such as photographers and videographers improve their post-production workflow.

With their newest device – the Loupedeck Live – they introduced customizable LCD-buttons, which allows them to target a new audience: the livestreaming community.

What makes the Loupedeck Live so special for streaming?

The Loupedeck Live is a customizable keyboard in which you can configure shortcuts and customize the commands you frequently use to help you manage your stream. In essence, the keyboard makes it easier to entertain your audience with different animations and sound effects.

The Loupedeck Live console comes with profiles that are pre-set for livestreaming using OBS Studio, Streamlabs OBS, and Twitch. This means you can start livestreaming as soon as you’ve installed the Loupedeck framework without having to configure the shortcuts for these applications first.

Loupedeck has an official collaboration with Adobe to use it’s Unified Extensibility Platform (UXP), which makes the Loupedeck Live the perfect tool for content creators since it supports applications like Photoshop, Premiere Pro, and Lightroom.

What could be improved

The Loupedeck Live is sold at roughly the same price as the market leader in livestreaming keyboards: Elgato Stream Deck, this makes it easy to compare them!

If we’re looking at the use of integrations (such as Spotify), the Stream Deck suffers from many problems and issues while the Loupedeck Live handles all its integrations without any problems.

The Elgato Stream Deck has 5 different positions and can be adjusted according to your posture, while the Loupedeck Live console only has two: using legs or not using legs.

For us, having a soundboard is important. Stream Deck has one, while Loupedeck hasn’t.

In the meanwhile: Loupedeck supports adobe-software, while Stream Deck doesn’t.

Is the Loupedeck Live worth buying for livestreaming?

While we didn’t encounter problems during the installation, we thought the configuration and documentation of the set-up weren’t always as clear as it should be. Fortunately for us, you have only had to install the Loupedeck live once.

Using the Loupedeck is such a pleasure and even works smoother than the Elgato Stream Deck. After configuring the rotary buttons for OBS Studio, for example, you won’t have to alt+tab away from your game anymore to adjust the audio volume: you’ll just be able to turn the button.

Honestly, if the Loupedeck Live included a soundboard integration for the rotary buttons, it would be the obvious winner.

Which brings us to the question: Is the Loupedeck Live worth buying for livestreaming?

Well… if you don’t own a livestreaming keyboard yet: most definitely, yes! However: if you want to switch from the Elgato Stream Deck to the Loupedeck Live, you’ll want to look at how much you’ll need the Adobe integration and how necessary the soundboard integration is.

Can be used as audio mixer during your stream

The transitions are smooth.

LCD-buttons change color When a Twitch action is running

A lot of buttons; A lot of functionality

Equipped with a “Profile lock”

Difficult to configure without documentation

Integrations with Twitch as Spotify have to be configured twice: link your accounts, and activate the accounts.

Only has two keyboard positions: flat on the desk or with its additional legs.

Can’t be used as a soundboard while streaming.